Salida to Santa Fe – down the Rio Grande

From the border with Colorado, the road was straight down south to Tres Peidras, a tiny dying crossroads town.  The sole grocery store had closed down in 2004, judging by the faded Kerry/Edwards poster in the window. 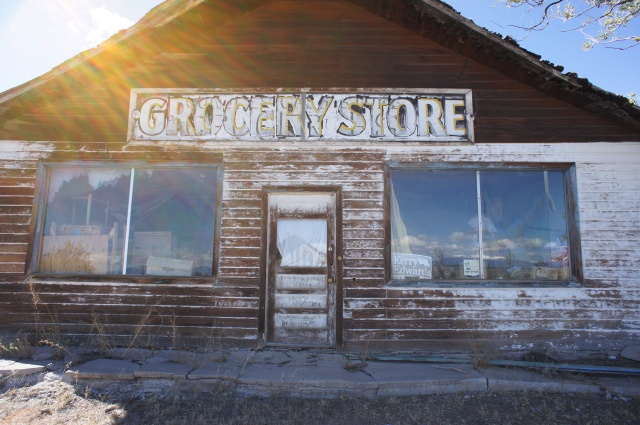 From here I had a decision – either continue straight down and maybe camp in the Carson National Forest, or go left to the town of Taos, a slightly longer route, but one that looked more interesting.  The strong south westerly wind I’d been fighting the last three hours made my mind up for me – Taos is largely downhill and the wind would be at my back.

On the way down I had a pleasant surprise about 15 miles from Taos.  There were some wierd looking structures half buried in the desert.  A closer look showed them to be Earthships, a type of building I’ve been fascinated by since I read about them in old copies of Omni magazine back when I was in hospital getting my appendix out when I was 15.  I’d forgotten they were in New Mexico.  They are low energy use buildings made using recycled materials, started out by 1970’s hippy types, but gradually becoming a little more mainstream.  Outside Taos there is a demonstration building and an entire suburb developed using the technology. 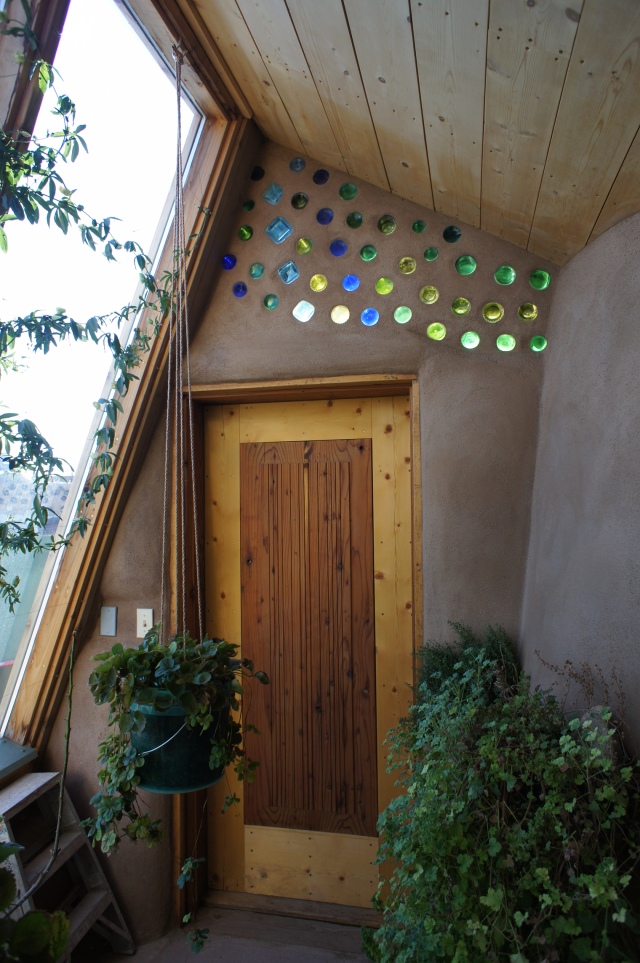 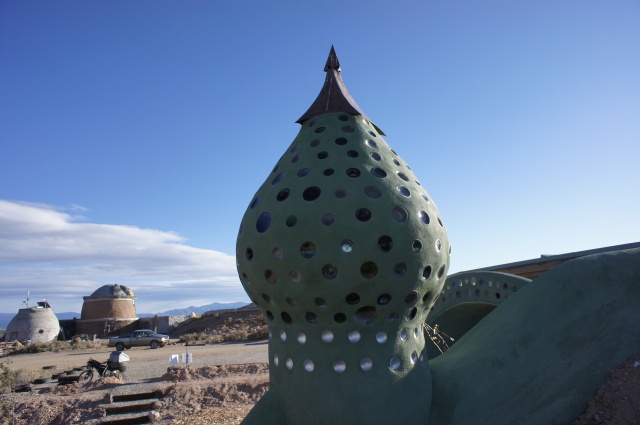 A few miles on from the Earthships, I had another surprise,  I didn’t expect to find the Rio Grande to be flowing along a dizzyingly deep canyon. 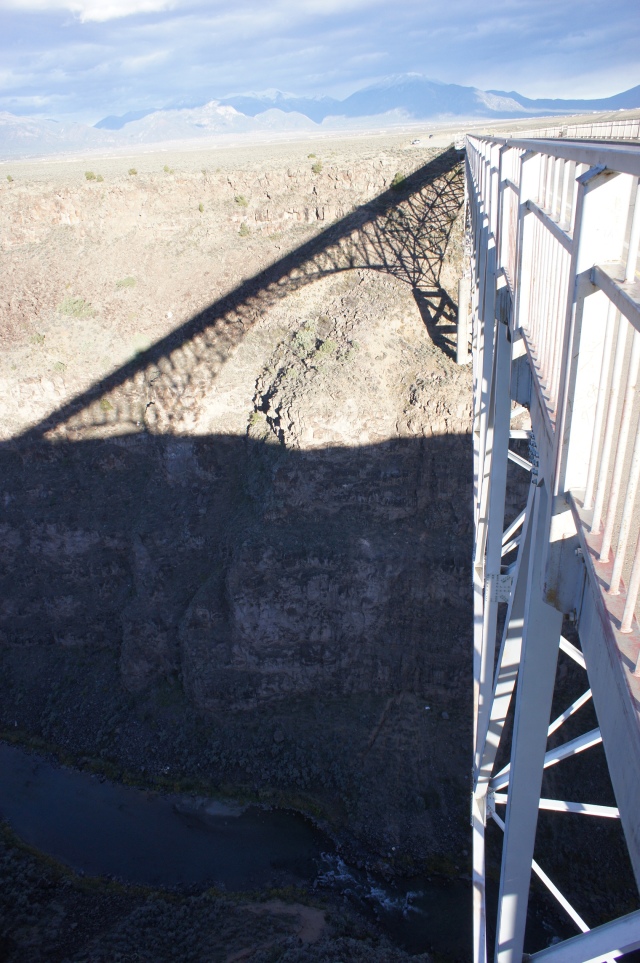 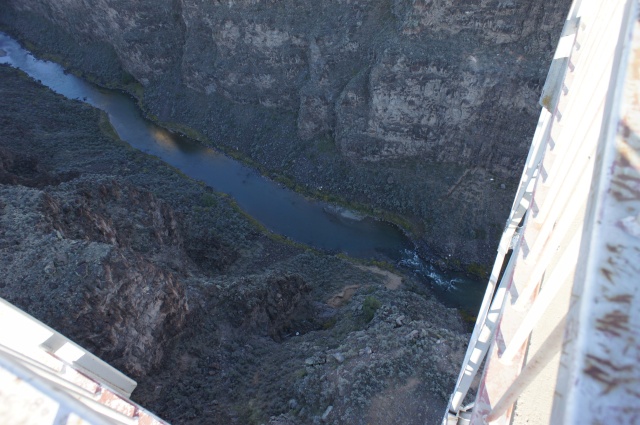 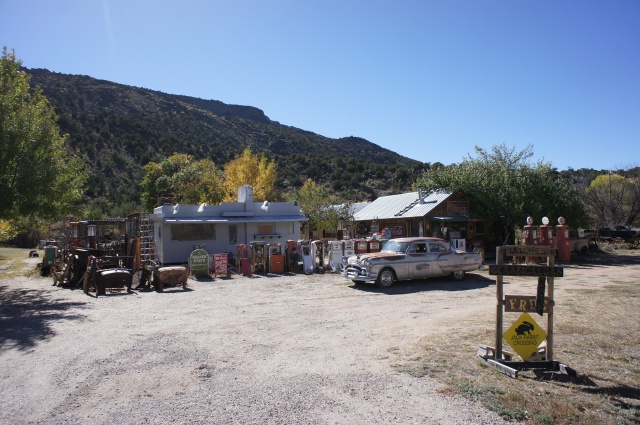 From there it was a few miles to Taos, a very touristy little town full of art galleries.

Next morning was the final leg, 70 miles or so to Santa Fe. After a stretch of open desert, the road descended down into the Rio Grande Canyon.

The sheltered valley holds a surprising number of willow trees, all showing the fall colours.

After 50 miles I got to the first big town, Espanola.  Not the prettiest place, I thought it might be a good place to stop if I couldn’t make it to Santa Fe, but one look persuaded me to ride on.  Just a few miles out the bike started behaving oddly, and I realized I had a slow puncture, the first puncture for the entire trip.  I decided it would be easier to just keep pumping it for the next few miles rather than fix it.  Not a good move!  As I got closer to Santa Fe, the climb got steeper and steeper – I didn’t realize until later than Santa Fe is more than 2,000 feet higher than Espanola, it was a long, tough climb.  A lady stopped her car when I was busy pumping up my rear tyre for the tenth time or so and offered advice.  She told me the best places for cheap accommodation were on the opposite side of Santa Fe, that my route in didn’t have any motels.  Useful advice as it was getting dark!

On the way up to my final destination, I passed the intriguing Camel Rock. 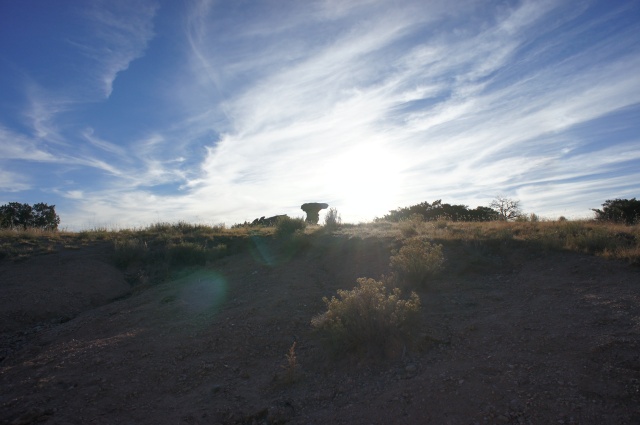 After a seemingly endless climb, I finally got to the edge of Santa Fe at about 7pm, in the pitch dark.  I made my way through the town and past the city center, when my rear tyre finally gave out.  I looked at it, pondering whether I should fix the puncture in the dark, or just walk on what might be several miles to the nearest motel.  I looked up, and right in front of me was the Santa Fe Motel and Inn.  And it proved to be not just the nicest motel I’ve stayed in so far, but also maybe the best value.  So I finished my 2,000 mile or so trip with a 50 yard walk and a flat tyre!

This entry was posted in Uncategorized. Bookmark the permalink.

7 Responses to Salida to Santa Fe – down the Rio Grande

This site uses Akismet to reduce spam. Learn how your comment data is processed.